Breaking down some numbers around the 2021 WNBA Draft

It was Charli Collier, Awak Kuier, and then a ton of surprises Thursday night when teams made their latest picks in the 2021 WNBA Draft. Who am I telling though? You probably watched.

The event was mostly virtual again this year, with draftees watching from home and ESPN hosts sitting especially far apart as the picks were announced. 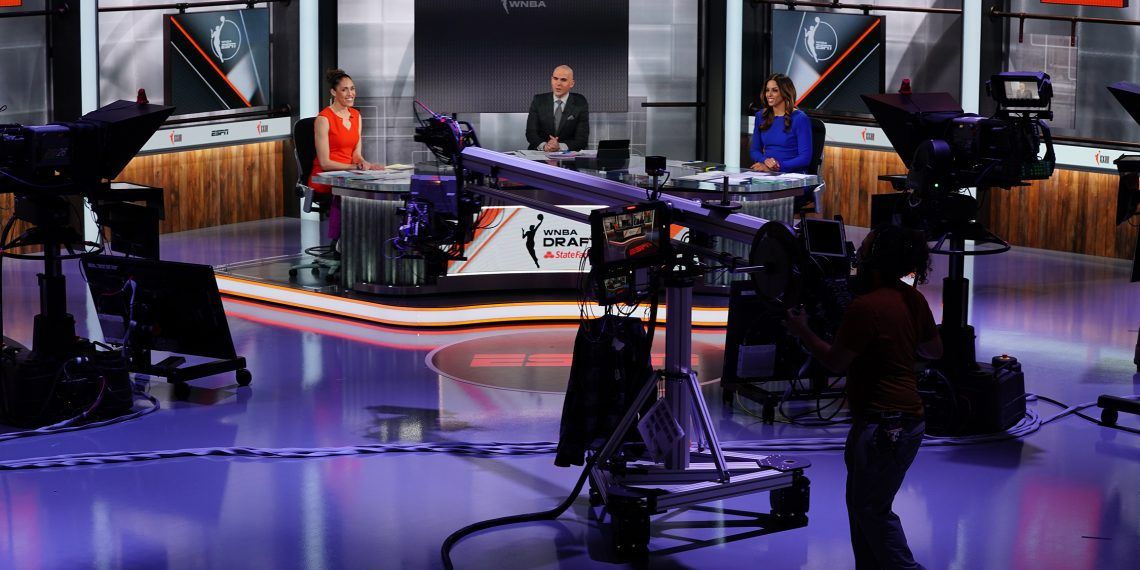 The studio layout especially stood out when I went back earlier and watched the introduction to the 2005 Draft, where Ann Meyers Drysdale, Rebecca Lobo, and Pam Ward were situated absurdly close to one another. (Don’t adjust your eyes; the video quality is sub-par.) 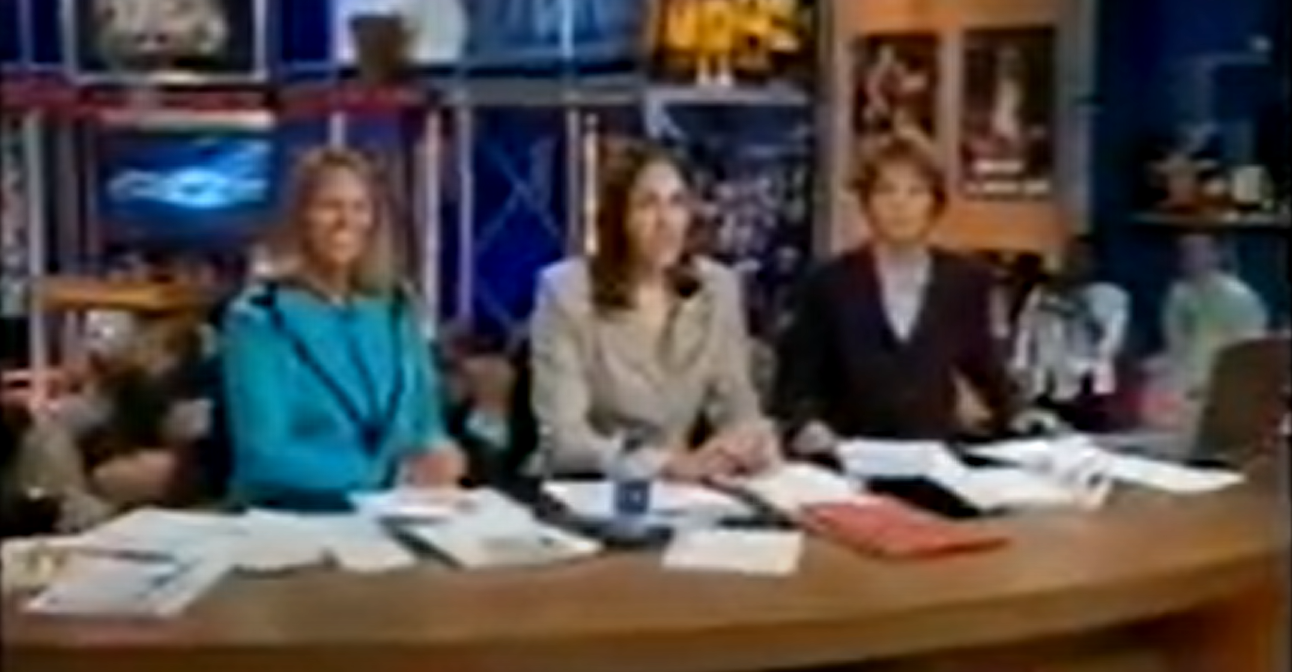 Draft grades and roster projections are rolling in, but we still need to break down some numbers to see where this year’s draft fits in history.

The first of the draft was also the first No. 1 pick in the WNBA Draft for the University of Texas. Charli Collier is the 17th player drafted out of Texas (tied for 13th-most all-time), but no Longhorn had been selected first. Their previous best was Edwina Brown, who went third to the Detroit Shock in the 2000 Draft.

Right behind Charli was Awak Kuier, also drafted to the Dallas Wings, the first player from Finland to be drafted to the WNBA. It also marked the first time a team made both the first and second picks in the same WNBA Draft. Next closest was the Seattle Storm who picked Jewell Loyd at No. 1 and Kaleena Mosqueda-Lewis at No. 3 in 2015.

Kuier going to Dallas at No. 2 also stood out to me as an interesting parallel to another famous No. 2 overall pick for the franchise: the last time a player was drafted from overseas in one of the top two picks was Liz Cambage, picked out of Australia by the Tulsa Shock at No. 2 in 2011. The Shock relocated to Dallas to become the Wings ahead of the 2016 season, so ten years apart there’s some history repeating itself for the Shock/Wings picking Kuier this year. Let’s hope for everyone’s sake Kuier’s experience with the Wings is better than Cambage’s time in Tulsa or Dallas.

Though the third round can fly by, it’s always great to see players making history for their schools, and four players became the firsts drafted to the WNBA out of their college programs this year:

A few players selected in the 3rd round are the firsts drafted from their programs to the #WNBA: - Valerie Higgins (No. 25) from Pacific - Chelsey Perry (No. 26) from UT-Martin - Natalie Kucowski (No. 35) from Lafayette - Kionna Jeter (No. 36) from Towson

If you felt like someone was missing from the WNBA Draft, you were right! For the first time in WNBA Draft history, one team had zero picks: the Washington Mystics sent all three of their 2021 picks to the New York Liberty just over a year ago when they traded for Tina Charles, and they’ve stayed away from any 2021 picks since then.

Though the Mystics made history by not making any picks, 11 teams have come close, making just one pick in a draft. In fact, both the Lynx and the Phoenix Mercury made just one pick each this year, and the Las Vegas Aces did the same in both 2019 and 2020.

On the other end of the spectrum, though much was made of the Wings’ hoarding of draft picks, the Fever ended up making the most picks in 2021. With six picks overall this year, Indiana matched an all-time high for one team in the 36-pick format. Only the 2000 Lynx made more picks, when they were on the clock for eight selections, but that was the era of 16 teams and a four-round, 64-pick draft. A team has made six picks in three other drafts: the Detroit Shock in 2002, the Lynx in 2012, and the Liberty in 2020.

In a way, the Fever really made seven picks in the 2021 Draft, though, as they struck a deal with the Seattle Storm, sending Kennedy Burke to the Storm for Seattle to select Aaliyah Wilson and send her Indiana’s way. In fact, let’s talk trades.

While there was just one trade on draft night, the draft board shuffled around quite a bit leading up to the selections being made. Over the past year, 18 of the 36 picks were traded at least once, behind only the 2012 and 2015 drafts in terms of percentage of total picks traded; both of those years saw 19 of 36 (52.8%) picks moved. The 2002 Draft leads in total, but the 21 picks moved that year made up just 32.8% of the 64 total draft picks.

Part of that increase in movement is likely due to the general perception that the 2021 WNBA Draft class is relatively weaker than recent years (and upcoming classes), but a rule change ahead of 2018 WNBA Free Agency also may have unlocked a little more movement of draft picks before the draft.

While that rule change might suggest fewer draft day trades (since more picks could be moved ahead of the draft), there’s no real correlation over the past several drafts.

The overall record in this category came in 2011, when seven players drafted that night were immediately moved in a total of five trades.

A lot is made (and rightly so) about how many players get drafted out of Connecticut, due to the pedigree the Huskies program has for turning out successful pros, which is why it stood out to me that this year had no UConn players drafted. Of course, that’s due to the fact that their only potential entrant, Evina Westbrook, decided to return to college to play another year, but still, it’s notable that this is the first WNBA Draft without a UConn player selected since 2007.

In fact, it’s just the third time this has happened overall; UConn also had no players selected in 1997 or 2003. The inaugural year (1997) is a little special because Rebecca Lobo was allocated directly to the Liberty instead of being drafted, and according to UConn women’s basketball writer Carl Adamec, both 2003 and 2007 were significant for having no UConn players eligible to be drafted.

That year off also made way for UConn’s old rival, Tennessee, to pass them up (at least for now) in terms of total players drafted. While 40 Huskies have been drafted to the WNBA, Rennia Davis (No. 9 to the Lynx) became the 41st player drafted for the Lady Vols after a two-year stretch without any draftees.

The Lynx have a particular affinity for both UConn and Tennessee products, having selected seven Huskies (most all-time) and five Lady Vols (behind only the Liberty’s six). In fact, UConn and Tennessee lead for multiple teams all-time, but one program made the top five that I wouldn’t have expected:

The WNBA Draft has been a major focus of my work to improve publicly available data and how we can break it down. There are a few pages that help with this: