No games in the WNBA today, so we’re on to the eighth edition of Classic ABL Monday. In case you missed any of the first seven:

We’re coming up on the last few weeks of the WNBA regular season, so I want to start getting in to postseason basketball…with a twist. Instead of a classic WNBA Playoffs game, I stumbled upon a 1998 ABL Finals game that’s a fun watch. In fact, it’s the deciding Game 5 of the 1998 ABL Finals.

The Columbus Quest were trying to defend their title from the inaugural ABL season, but the Long Beach StingRays had taken the first two games of the Finals series. The Quest tied it up by taking Games 3 and 4, bringing us to this winner-take-all Game 5.

This isn’t a WNBA game, but the WNBA/ABL crossover here is particularly deep.

The Quest are coached by Brian Agler, who had a long career in the WNBA with the Minnesota Lynx, Seattle Storm, Los Angeles Sparks, and most recently the Dallas Wings. Maura McHugh is head coach of the StingRays, and after the ABL folded, she moved over to the Sacramento Monarchs, where she’d eventually take over as head coach.

Among the players, there are a ton of recognizable names, Hall of Famers even: Katie Smith, Shannon “Pee Wee” Johnson, Valerie Still, Tonya Edwards, and Andrea Lloyd among the Quest; Yolanda Griffith, Venus Lacy, Clarissa Davis-Wrightsil, Andrea Nagy, and many more star for the StingRays.

Tracy Warren and Debbie Antonelli are on the call for this one, with Heather Cox on the sideline.

Now, the quality on this video is not great, but you can still discern a lot of the play. However, if I mix up a player here or there, I apologize. Additionally, the game clock on screen is frequently missing or difficult to read, so I’ve only included video timestamps in my links in the notes. 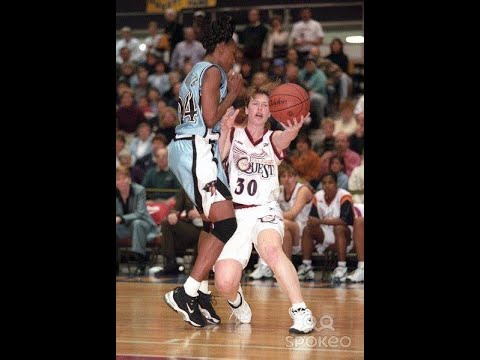 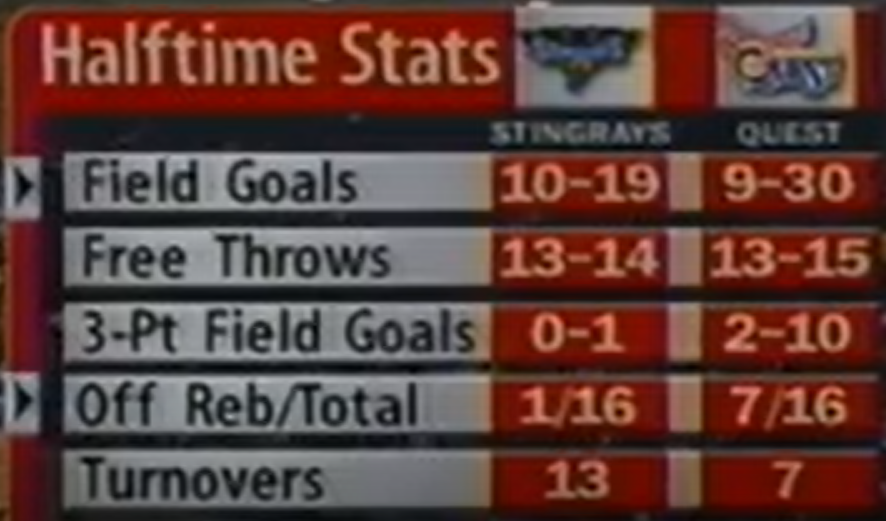